by Maddie, Dylan and Sapphire

Today was the first day of an extremely exciting project! Year 4 are building an Anglo-Saxon house on the West Earlham Junior School field. Year 4 and a cobber called Kate are going to build a longhouse on the school field, to learn about Anglo-Saxon life. It will take about four weeks to build it by hand, therefore it will take much longer than it would if we used machines!

The house is made out of wattle and daub. Wattle is sticks that have been woven. Daub is a material made out of mud,sand,clay and straw. You have to push the mucky daub onto the wattle with your hands.

Three pupils in Year 4 were on Radio Norfolk and in the local newspaper. They were explaining about what they had achieved on the house that day.

We will be using four tools: axe, handsaw, hand drill and our hands. (WE WILL GET VERY, VERY MUCKY!!)

by Alexia and Tremaine

Kate has been working hard today, building the roof. She has already made the frame out of oak wood.

We asked Kate why the roof was hanging over the side of the house. She told us it was so if it rained, the mud would all run off the roof. We also asked how she was going to make the walls and she explained that too (but we don’t  want to spoil it!).

by Reuben, Casey and Belle

Kate has just started on the fourth layer of thatch. It has five layers in total, but if you include under the eaves, there will be six. Her biggest worry is keeping the thatch tight so that it keeps its density. The angle of the thatch should be 45 degrees.

To get the angle on the reed, you first lay it in a bundle on the roof and then dress it into position. You then use a leggett to put it tight.You then put it in the correct place and hold it with metal. In Anglo-Saxon times, they used hazel. The thatch is pinned down with thatching pins.

by Rose and Dillon

Year 4 are starting to make the walls. We will be digging two trenches in different places on the field to get clay and sand, and we will mix them together for the walls. When you mix the sand and clay together you get daub. We will work hard to keep it standing together and in place. We also looked at different mud buildings, benches, schools and a pizza oven when Kate came and talked to us.

Finished at last! And it looks wonderful. Have a read of the news story in the EDP to learn more about it. 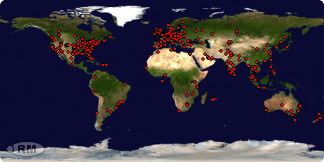